Here are some photos and information about our locomotives!

Converted to Airwire Battery Control in 2012

Converted to Airwire Battery Control in 2015

Alice is the Camarillo Pacific Railroads first live-steam locomotive. This engine was acquired in early 2002 and started out as a regular starter live steam locomotive Ruby #1. After many years of use and 7 years of “abuse” Ruby #1 became inoperable and too expensive to repair or rebuild under the railroad budget. For many years Alice was kept in storage until further notice.

In October 2011 Ruby was sent to a small locomotive shop in Woodside to be examined for repairs and a potential update. The Camarillo Pacific Railroad and the Locomotive shops in Woodside came to an agreement for getting this locomotive to run.

Ruby #1 was renamed to Alice #4 and converted from an 0-4-0 wheel arrangement to a 2-4-0 wheel arrangement. Alice was fitted with a scratch built pilot, diamond smoke stack, detailed domes, a tender, reworked controls, numerous detail parts, working electric headlight, and a full paint job.

Alice is the Railroads Pride and Joy

Acquired in 2019 with CVP Airwire Preinstalled 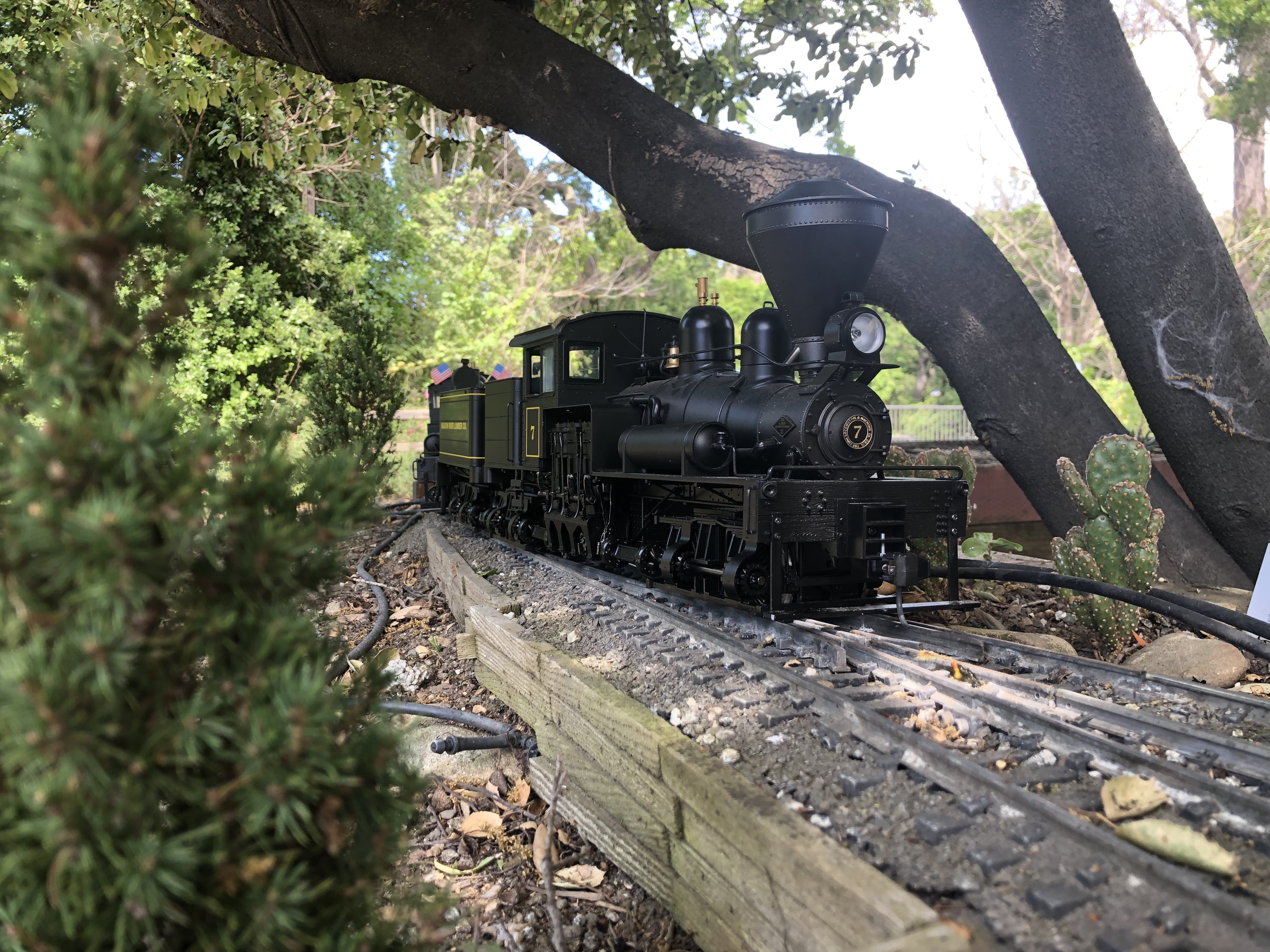